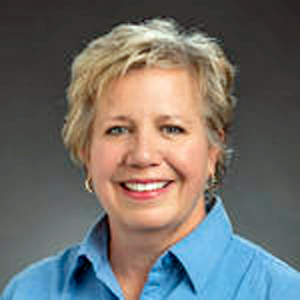 Laura Luehrmann
What does the future hold for China?

China is a rising power facing a complex set of challenges. It recently concluded its 20th National Congress of the Chinese Communist Party, which awarded another five-year term to President Xi Jinping. The issues it addressed include many that affect the United States, including Taiwan, climate change, COVID, the Russia-Ukraine conflict, and the broader Asia-Pacific question of U.S. military dominance in the region.

The WSU Retirees Association will host a Zoom conversation about China with Dr. Laura Luehrmann, chair of the College of Liberal Arts' new School of Social Science and International Studies, on Thursday, Dec. 1, from 11 a.m.–12:30 p.m. Professor Luehrmann, who earned her Ph.D. at the Ohio State University, studies China, including its social movements. She will address questions ranging from the economic turmoil in China, to domestic problems such as relations with the Uighur and Tibetan minorities, as well as the political consequences of China's rise to economic and military dominance.

The discussion is free and open to the public. Email your RSVP by Tuesday, Nov. 29, to wsura@wright.edu, and we will send you a link to join the discussion. Please include your full name in the email and use “China” in the subject line.

Campus Life » Faculty and Staff » Retirees Association
Share to:
Log in to submit a correction for this event (subject to moderation).

Save the Date! WSURA theatre outing: 'On the Town'