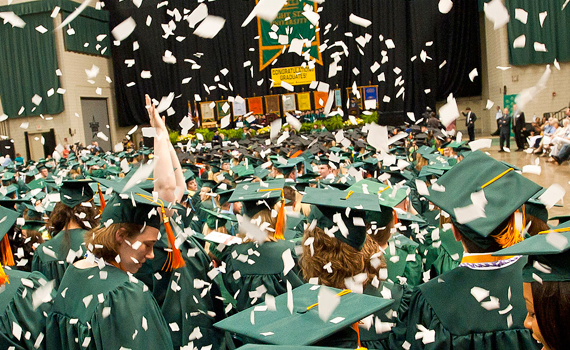 The Wright State University Retirees Association has established an endowed fund for scholarship awards to Wright State students. The endowment was named in honor of the late Nicholas Davis, a long-time university employee who was director of continuing education at Wright State's Kettering Center. In 2019, the association awarded three students WSURA Nick Davis Scholarships of $1,500 each.

WSURA Nick Davis Scholarships are available to continuing full-time undergraduate students with a minimum GPA of 3.0, with first preference given to an applicant who is a relative of a WSU retiree or one who is age 25 or older. Students will be automatically considered for the WSURA Nick Davis Scholarship if they meet the eligibility criteria when they submit an application for a Continuing Student Scholarship through the Financial Aid website.

How to apply for a Continuing Student Scholarship

Who was Nick Davis?

Nick Davis served as the director of the downtown Kettering Center, which, at that time, was a thriving continuing education center. After he retired, he served as president of the WSURA Board in 2002-03 and 2004-05. He served as treasurer for several years after that.

When the scholarship fund that now bears his name was first established, WSURA struggled to maintain enough funds to support a single scholarship. During those years, Nick and his wife, Bea, made generous anonymous donations to keep the fund afloat and get us closer to our initial $30,000 endowment goal. Most board members were unaware of his personal commitment to this important endeavor. Upon his death, the WSURA Board acknowledged his service and generosity by naming the scholarship in his honor.

Who was Nick Davis? He was an enthusiastic supporter of Wright State who continued that support through service to our organization after his retirement. While the man may be remembered by only a few really “oldtimers,” his legacy persists in the scholarship that bears his name. He would be pleased.