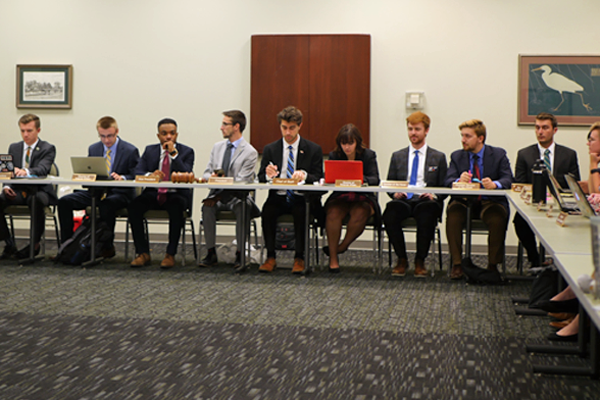 On Tuesday, Oct. 15, Dr. Cheryl B. Schrader, Wright State president announced she will be retiring.

Dickstein confirmed that Walt Branson, vice president for Finance and Operations and chief business officer, will also be stepping down from his position. The timeline of when Branson will step down has yet to be released.

Wright State University has yet to make an official statement about the departure of Branson. Spokesperson Seth Bauguess was unavailable for comment.

Dickstein shared that Schrader will be present through December in a more ceremonial capacity until she transitions into a faculty role in the spring.

“She will be at commencement, I believe, and that will be her final act as president,” said Dickstein.

It was confirmed by Dickstein that Dr. Susan Edwards, Provost, will step into the role of interim president until a search is completed.

“Dr. Edwards will be the acting president – for how long, I do not know,” said Dickstein.

In the meeting, it was stated that Greg Sample, chief executive officer, and chief operating officer of the Double Bowler Properties Corporation, will possibly step in as interim vice president for Finance and Operations and chief business officer.

“I believe Greg Sample will be the interim chief business officer,” said Dickstein.

The Double Bowler Properties Corporation has been subject to public scrutiny over the years.

According to the Ohio Inspector General, Double Bowler was found to violate state law for improperly paying a former congressman for lobbying. Sample is the sole employee of Double Bowler.