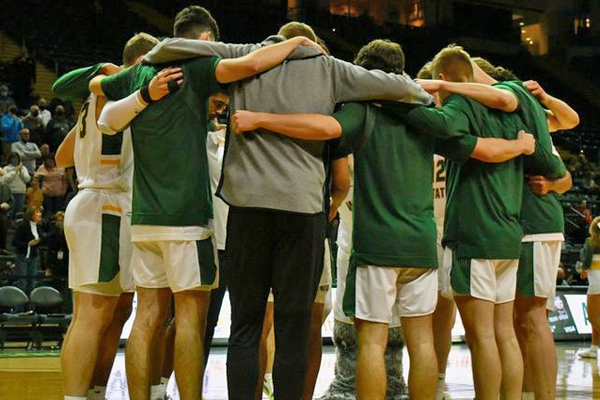 Scott Nagy doesn’t profess to be an expert on surviving pressure-packed conference tourneys.

The win-and-advance-or-lose-and-go-home facet of those events can make even the most experienced teams tight.

But having gotten through four of them to reach the NCAA tourney — three at South Dakota State and once at Wright State — he’s found the best way to handle the high stakes is, well, to not think about the high stakes.

“What it takes, in those moments when things aren’t going well, is to not panic,” he said.

The fourth-seeded Raiders play top-seeded Cleveland State at 7 p.m. Monday in the Horizon League semifinals, and things inevitably won’t go well at times. But the key, to paraphrase Rudyard Kipling, is to keep your head while all around you are losing theirs.

“My last year at South Dakota State, in the second half, we were down 13 in the semifinals to Denver. And Denver played slower than EVERYBODY. If you’re down 13 to Denver, it’s like being down 30,” Nagy said.

“Somehow, we came back. Our kids didn’t panic.”