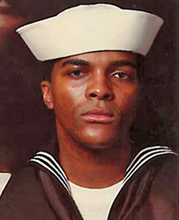 Willie J. (Jimmie) Moncree Jr., 58, of Dayton died on Saturday, May 11, 2019. A U.S. Navy veteran, he was employed at both Wright State University and Sinclair Community College. He leaves to cherish his memory: loving and devoted wife Kimberly; five daughters; three siblings; eight grandchildren and a host of other relatives & friends.

The following tribute was published on the University LIbraries website:

Willie Moncree began working for the University Libraries in April 1995 as a Library Technical Assistant.  You may recognize Willie from our Circulation Desk, where he greeted visitors and assisted them with their materials checkouts and returns.

Willie was originally hired as Government Documents assistant, and worked on receiving, cataloging and processing government documents throughout his time in our Content Acquisitions and Management Department.  For most if not all of his time here he also was responsible for sorting and delivery of the University Libraries’ incoming mail, which was no small task considering the volume of newspapers and print journals that passed through our mail for years.  In 2017, he accepted a position in our Resource Delivery Services Department where he worked until his passing last week.

Willie was a proud United States Navy Veteran, serving from 1987–1994.  He was Special Duty on the USS Lang FF-1060 from 1987-1991 where he and his shipmates provided wet stream to Pacific Gas and Electric after an earthquake hit San Francisco in October of 1989.  He served as a Sonar Technician on the USS Gallant in 1991, the SIMA Security Force from 1992-3 and as a Technical Librarian from 1991-1994.  Willie was also a Sonar Technician in the US Naval Reserve Center for many years.

Willie may have left the Navy, but the Navy never left Willie. The first time Provost Edwards came to visit, Willie was at his “station” at the circulation desk.  When she walked in to the administrative offices, Willie alerted the staff with a stage whisper, “Provost on Deck”.  The sailor in him also showed when we would ask him about the weather and he would give us the wind speed in knots.  He didn’t have great eyesight, but he had sharp ears from his many years of sonar work in the Navy.  When asked a question, Willie frequently responded with military lingo.  For example, “Willie, did you give that person copy card #2?” “Number 2, aye!” he would say.

Music and food were both near and dear to Willie.  He played rock & roll, funk, and country music on the bass guitar and keyboards, and he also liked to sing.  He liked McDonald’s in the morning, Frisch’s for lunch, and a good steak anytime! He also enjoyed using his home grill and smoker and smoking up the neighborhood!  Best of all, Willie enjoyed people.  He was easy-going, friendly, and made you feel right at home in the library.   On Thursday mornings, he greeted staff by saying, “it’s Friday Eve”. That was Willie’s way of acknowledging we’d made it through another work week.