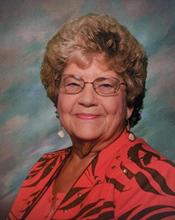 She was preceded in death by her husband, H.B. Sandy Hoskins and her parents, Ernest and Agnes Smith of Beavercreek, Ohio.

Before moving to Ft. Wayne in 2014, she was a member of First Dayton Free Will Baptist Church of Dayton, Ohio. She was also a member of the AK Chapter P.E.O. of Dayton.

Theda had a passion to educate many generations. Knowledge was so important to her that she worked 10 years at Beavercreek City Schools and retired from Wright State University after 25 years.