Excerpt from The Extension, Fall 2020 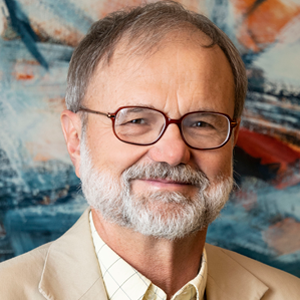 The pandemic has given us time to focus. It has also allowed us to see our unique fragility as human beings old enough to be retired. In addition, the George Floyd case shocked our imagined and/or assumed foundations of our country to the core. Where do we stand as human beings, Ohioans, and Americans?

Our university continues to experience financial hardship that is self-inflicted as well as tied to Ohio's declining population of college-aged students and financial support from the state. When the university was founded, it was modeled as a low tuition option for place- bound, first-generation college students. As the university expanded its degree programs into graduate and professional schools, tuition remained low, well below the state average for other comprehensive universities in Ohio. As a result, during lean state budget years, the university never caught up financially to tuition levels of other state universities. In addition, the state subsidy per enrolled full-time student declined from 41% in 1999 to 20% currently. Finally, the administration’s sometimes unwise decisions and misplaced priorities added to the problem. These factors contributed to the financial crisis the university currently faces, one that the Board of Trustees and the state government must tackle.

From the beginning, the university worked to serve its targeted minority communities in the Dayton area and then evolved to support more diversity and inclusion, including training for students, staff, and faculty in the 1990s. For example, I attended diversity training in 1997 and the College of Science and Math appointed me as diversity liaison from 2008–2015. The deans and the upper level administration financially supported and encouraged this type of training and established appropriate infrastructure to ensure good outcomes. In short, the university recognized its obligation to serve all Ohioans.

I believe that as an institution we have failed the populace of the state of Ohio by not communicating effectively the rationale for societal norms. The idea that a basic public health measure like wearing a mask to stop an epidemic is an act of political affiliation is shocking beyond imagination. Similarly, the belief that vaccinations are a dangerous government-driven conspiracy is just plain scary. As a biomedical scientist, I have come to believe that I should have spent more time talking about public health and basic science rather than focusing mostly on my research career. University professors are often considered elitist, and we have done little to diffuse that argument.

With regards to ourselves, we seem to have lost our way in terms of common civility. We allow political differences to divide us into enemy camps. It is disturbing that planning for our common future on the planet is sometimes considered un- American. I received my PhD from Ohio State and came back to work in Ohio because I thought people here were hardworking, supported public education and were a proud, fair-minded people. In my heart, I still believe this is true. In that spirit, I ask you to support our university, faculty, staff, students and the administration in whatever mechanism you choose. This good university and its proud history should not be allowed to wither away into oblivion.