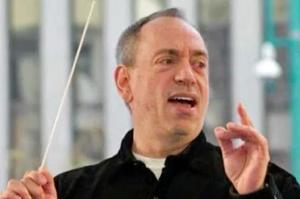 Scot Gregory Woolley passed away suddenly on Saturday, Jan. 26, 2019, at the age of 60. He was primarily known across the Miami Valley for his associations with the Human Race Theatre Company and Wright State University.

At the time of his death, Scot was serving in his seventh year as music director at Wright State. In addition to last fall’s “Crazy for You,” he also conducted “Grand Hotel,” “Hot Mikado,” “Les Misérables,” “No, No, Nanette,” and “Fiddler on the Roof,” among many others. He was also a great asset to the musicality of the annual NYC Senior Showcase. He also was a musical arranger, a vocal coach and an adjunct instructor at the University of Cincinnati. He had worked on Broadway, played on the historic showboat Majestic and was a five-year member of the Normal Luboff Choir.