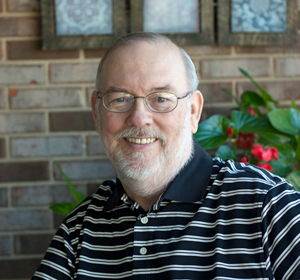 Patrick Eugene Campbell Sr., 76, of Beavercreek, Ohio, passed away peacefully on Aug. 8, 2019, at Hospice of Dayton.

He was preceded in death by his parents, Harry and Mary, his brother William John, and his sisters Harriett and Joan.

He is survived by his devoted wife Marilou, his brother Craig (Gail), and his three children: Heather (Carl), Patrick Jr. (Natalie), and Alexandra, as well as by four grandchildren: Jacob, Noah, Patrick III, and Charlotte. Patrick is also survived by three stepchildren whom he loved as his own: Armando (Stephanie), June (Raymond), and Millicent, as well as two step-grandchildren: Elena and Alex. He also leaves behind his best friend, Brian Kruger.

Patrick was born on Dec. 27, 1942, in Hays, Kan., the fourth of five children. He grew up in Goodland, Kan., and he remained proud of his Kansas roots for his entire life.

Patrick began his career as a behavioral psychologist, but later shifted his focus to evolutionary psychology and human genetics. He was the author of numerous studies and peer-reviewed articles on psychology.

Throughout his career he was noted for his humorous and engaging lecture style. He was a lifelong learner and a genuine intellectual with wide knowledge on a variety of subjects. Although he had a successful academic career, Patrick’s life was defined by his devotion to family. He enjoyed reading, music, dance, cooking, and photography, but his favorite activity was presiding over family dinners at his home.

He spent his last days and moments just as he wished – surrounded by those who loved him most. He leaves behind lasting personal and professional legacies that will live on for generations to come.