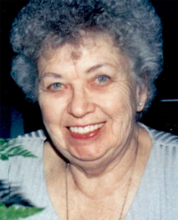 Nina Lee Fannin (Dorsey), 90, passed away Sunday, March 31, 2019, at her residence at the Trinity Station Assisted Living Facility in Flatwoods, Kentucky. Prior to that, she resided in Louisa, Kentucky, and Xenia, Ohio.

She was born April 1, 1928, in Nallen, West Virginia, the daughter of the late Marvin and Nellie Hoke Dorsey. Nina was married for 48 years to her late husband Wayne V. Fannin of Louisa, Kentucky, and is survived by her two children.

Nina was a 1945 graduate of Nicholas County High School, Summersville, West Virginia. She attended Miami Jacobs School of Business, Dayton, Ohio, and retired from Wright State University, where she worked as an executive secretary in the School of Medicine.

She was a loving wife and mother, and a proud, devoted grandmother and great grandmother. She was a Kentucky Colonel and a member of Green Hills Chapter 567 Order of Eastern Star, where she received her 50-year pin in 2008.