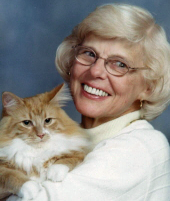 Mary Anne earned her B.A. in Physics in 1969, and Ph.D. in Physiology from George Washington University in 1975, and her M.B.A. from Florida Institute of Technology in 1984. She most recently worked at Wright State University School of Medicine, and was Professor Emeritus in the Aerospace Medicine Program. For 18 years, Dr. Frey worked with the US human space-flight programs (NASA); Program Scientist for the Human Research Facility of the Intl Space Station, Program Manager for the Space Physiology and Countermeasures Program, and was the Program Manager for the Neurolab Spacelab Mission, which flew in 1998.

She enjoyed playing tennis and her Five Season’s team went to the National Championships twice. Mary Anne loved to travel and took her family on many amazing vacations.

Family will greet friends at 1:30 p.m., on Saturday, Nov. 23, at the Center for Spiritual Living, 4100 Benfield Dr., Kettering. Celebration of Life will continue at 3 p.m. at the Center with a reception following (TBA). In lieu of flowers, please donate to the Alzheimer’s Association.