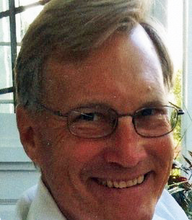 Willie proudly earned his Bachelor of Science in Education from Virginia Tech in 1974. He then taught in Maracaibo, Venezuela, from 1974-1976. He earned his Master of Science at University of Wisconsin La Crosse and the degree of Doctor of Philosophy at The Ohio State University. He met his ‘brothers for life’ at Virginia Tech when he became a member of Pi Kappa Alpha. Their love and support meant the world to Willie.

Dr. Gayle proudly taught adapted physical education at Wright State University for 30 years, retiring as Professor Emeritus in 2008. He tirelessly advocated for students with disabilities at the local, state, and national level. Thank you to all of Dr. Gayle’s students who are now teaching students with disabilities — please continue his legacy and advocacy for this population. During his early years at WSU, he coached the wheelchair basketball team, winning two national championships.

Willie was a longtime member of Miami Valley Golf Club where he met great friends who loved the game as much as he did. Willie was proud to spearhead efforts that gained National Register of Historic Places status for MVGC as well as establishing the Golf Museum of the Miami Valley. Willie was a longtime member of the Golf Collectors Society where he met others who loved antique golf clubs and memorabilia.

Willie also loved his Grafton Hill neighborhood and neighbors and worked tirelessly to make it a great place to live while lovingly renovating their 1902 home. Willie loved attending WSU Raiders basketball games and proudly wore the Green and Gold everywhere.

Willie is survived by his loving wife of 40 years, Susan; sister Patricia (John) Sankey of Richmond, Virginia; brother-in-law Forrest (Bonnie) Barr of Jamestown. Susan would like to thank Dr. Joel Vandersluis and Kim Myers CNP for their care over the last five years. She would also like to thank the entire staff at Symphony at Centerville for their care and kindness during Willie’s residence there. She also thanks Home Instead and Graceworks for their assistance, expertise and care.

Visitation will be held 2-5 p.m., Saturday, October 19, 2019, at Baker Hazel & Snider Funeral Home, 5555 Philadelphia Dr., Dayton OH 45415. Services and burial to be held in Mathews, Virginia, at a later date. In lieu of flowers, contributions may be made in Willie’s memory to the Alzheimer’s Association or to the charity closest to your heart.