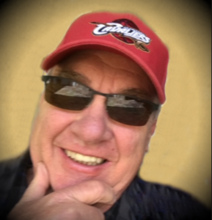 Ed was born in Dayton, Ohio on June 14, 1952, to Bobby Lee Dalton and the late Wilma Jean Simmering.

In addition to his mother, Ed was preceded in death by his daughter, Melissa Sue Baker; brother, Dale Dalton; and mother-in-law, Wanda Matta.

Ed was a devoted family man. He loved nature and being outdoors. Ed enjoyed riding his motorcycle and traveling. During more than 20 years working at Wright State, he served as a strategic procurement specialist and retired from the President's Office as a program coordinator in 2016.

A memorial service was held at Newcomer Kettering Chapel, on June 14, 2021. Donations may be made in Ed’s memory to the Ohio’s Hospice of Dayton.