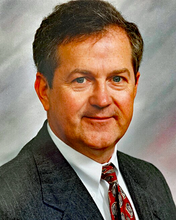 Dr. David Uddin, 78, of Centerville, Ohio, passed away peacefully on Oct. 13, 2020, while in his home with the love of his family surrounding him.  He will be deeply missed by his wife of 55 years, Doris (Langellier) Uddin, his children, Kimberly Ann Barrows (Steve), Kelly Lynne Carraher (Andrew), and Michael David Uddin (Colleen), and his grandchildren, Abbigail, Lydia, Michael, Nick, Kaitlyn, Cassandra, Sophia, Jacob, Samuel, Joseph, David, and Drew, as well as his brother, Richard Uddin (Jan) and sister Cheryl (Uddin) Hannant and numerous other family members and friends.  He is preceded in death by his mother Mary Jane (Pillsbury) Uddin and father Sven Uddin and his sister Charlotte (Uddin) Joynt.

David was born in Rockford, Ill., in 1942 and grew up in Monmouth, Ill.  He graduated from Drake University in 1963 with a degree in pharmacy and went on to earn his PhD in biochemistry at the University of Illinois Medical Center in Chicago in 1967, after which he was commissioned as an officer in the Medical Service Corps of the United States Navy. He served his first 14 years in various positions at the National Naval Medical Center (now the Walter Reed National Military Medical Center) in Bethesda, Maryland). While there, Dr. Uddin became Board Certified in Clinical Chemistry, became Director of Hospital Laboratories and had the honor of being part of the treatment team for President Ronald Reagan.

He was active in professional affairs and served as a member of the National Sickle Cell Advisory Committee at NIH, the Orphan Drug Board at the FDA, and the National Institute of Environmental Health Sciences Advisory Council. Capt. Uddin served his last Navy tour of duty at the Pentagon as Director of Scientific Activities in the Office of the Assistant Secretary of Defense for Health Affairs.  While there, he managed programs on HIV research, clinical investigation, and regulatory policy.  He retired from the Navy in 1990, after 23 years of military service to the country he loved and, along with Doris, taught their children to love. Upon accepting his new role as Director of Medical Research at Miami Valley Hospital, Dr. Uddin moved with his family to Centerville, Ohio.  While at MVH, he took on an additional teaching role at Wright State School of Medicine, becoming Professor Emeritus at Wright State University.

Dave was an active member of Restoration Church (formerly Centerville United Methodist), and enjoyed seeing his family thrive in “Warm and Cheerful Centerville”.

A funeral service will be held 1 p.m. Tuesday, Oct. 20, 2020, at Restoration Church, 63 E. Franklin St., Centerville. Family will receive friends one hour prior at the church. Entombment immediately following the service at David’s Cemetery.  In lieu of flowers, donations in David’s honor may be sent to Paralyzed Veterans of America.  Arrangements in care of Morris Sons Funeral Home, Kettering.