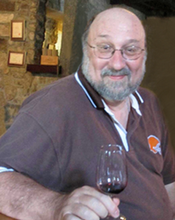 Dan earned his bachelor’s degree from Bowling Green State University and his master’s degree and Ph.D. from the University of Utah. He was key to the scholarly establishment of the Wright State University Department of Communication. His scholarship, specifically in health communication, contributed to the literature on medical students and collaborative work, making a unique contribution with medical students as a specialized population of study.

He drew upon his mediation and negotiation scholarship while serving as an independent Investigator of Equal Employment Opportunity claims for a variety of federal agencies. He served as the director of Wright State University’s Center for Teaching and Learning (CTL) for over a decade. He also served as director of WSU’s Center for Labor-Management Communication. His expertise in the study of conflict and conflict resolution led to the establishment of the Dayton Mediation Center.

Dan was an avid Cleveland Browns fan and loved science fiction, Star Wars and Lord of the Rings, watching Marvel superhero movies, traveling, especially to Europe and New Orleans, and enjoying great food and drinking fine wine, in particular Taylor Fladgate Ruby Port. His love of wine tasting naturally lead him to join the Dayton chapter of the American Wine Society, for which he served as president. Dan was funny, kind, gracious, humble, and generous with his time and attention when it came to family, friends, and colleagues. He will be fondly remembered, and greatly missed, forever. As Prince sang, nothing compares to him.