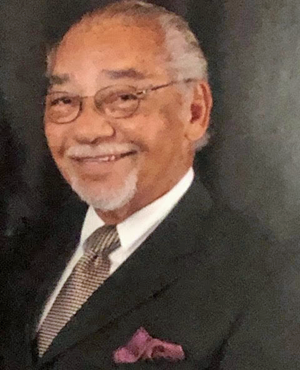 Dr. Beck had an illustrious 33-year career as a civilian research engineer manager at Wright-Patterson Air Force Base. After his retirement from the base, he became an assistant dean of the College of Engineering and Computer Science at Wright State. While there, he designed and implemented Wright STEPP, a science and engineering pre-college program. He was the first African American president of the Engineers Club of Dayton. He also served as president for The Ohio Society of Professional Engineers, the Engineering and Science Foundation of Dayton, the City of Dayton Environmental Advisory Board, and the Engineer’s Foundation of Ohio. He was a member of the Dayton chapter of the American Red Cross and the order of the engineer, and a member of the University of Cincinnati Foundation Board of Trustees. He was a proud member of the Omega Psi Phi fraternity Inc. Clark was a faithful member of the Stillwater SDA church in Dayton, OH.

He was predeceased by his parents and his brothers, Theodore, Cleo and John, and sisters, Dora Maria and Opha (Delores). He is survived by his loving wife, Gwendolyn Macon Beck, son Clark Jr. (Ramona), daughter Angela (Eric), grandchildren, Emory, Taylor and Jessye, and a host of nieces, nephews, cousins, stepchildren, family and friends.

Clark received a kidney transplant in 1972, and he was always grateful for this amazing gift of life.