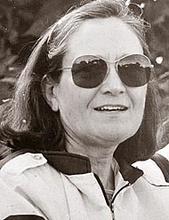 Catherine Ann Taylor, 80, passed peacefully at home in her sleep on Saturday, July 18, 2020, after a beautiful sunrise on a clear, warm summer morning in Yellow Springs, Ohio. Her family was at her side, and she was comfortable and at peace. She lived every one of her 80 years to the fullest, including the six years she fought colon cancer.

She was born in Piqua, Ohio, in 1940 and was raised in Detroit, Mich. She attended Kingswood School at Cranbrook and then Kalamazoo College, where she graduated cum laude with a Zoology degree and was inducted into Alpha Lambda Delta freshman women’s honor society and Phi Beta Kappa. She received the S. R. Light Fellowship for study overseas, where she was in the pilot program for Kalamazoo College’s foreign study program, which is a central part of its curriculum now. She went on to receive a master’s and doctorate in cell biology from the University of Illinois, and was a pioneer in the then-nascent field of molecular biochemistry.

She studied pancreatic cancer and diabetes at Fels Research Institute under Dr. Peter Varandani, then she became the electron microscopist for Wright State Medical School where she stayed until her retirement in 2003. She was the treasurer (’86–’88, ’90–’92) and co-president (1996–2001) of the Microscopy Society of the Ohio River Valley (MSORV) and is listed in Who’s Who in Science and Engineering.

Ann loved learning and exploration, but horses were her other true passion. She kept numerous horses over the years at virtually every stable in and around Yellow Springs, and was happiest when she was ankle-deep in mud, working to communicate with an animal ten times her size. Her empathy and analytical patience were great assets in training reluctant horses. She had a love of all animals, and spent many happy hours quietly watching and listening to nature.

She loved music and the arts, and could be found at many YS chamber music concerts and Schuster Center productions. She enjoyed plays and musicals and operas, and attending them with her friends was another lifelong passion of hers.

Ann never cursed or had a harsh word for anyone, even in private to friends and family. Rumors died in her arms. She saw the best in every situation, and then refused to compromise for anything less. She danced to the beat of her own drum, but everything she did, from her scientific explorations to her horses to her efforts with the Unitarian Universalist Service Committee, was built on a foundation of love and service to the greater good of her community and humanity.

She had a quiet, unstoppable courage and smiled sweetly, but never took no for an answer. Somehow, she managed to get her way and make everyone else feel good about it. Her friends and family will miss her unconditional love, her generosity, and her wry, unpredictable wit and her loyal companionship.

Ann was preceded in death by her sister Gwen Anderson (Tampa, Fla.). She is survived by her son Brendan Taylor and daughter-in-law Bethany Taylor. A memorial will be held at a later date, when we can congregate together again.

Donations can be made on her behalf to the Glen Helen Association.