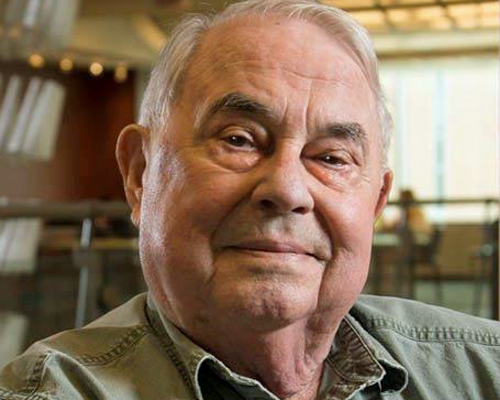 Dr. Bognár grew up in the hills of rural Hungary, in a peasant farm family in Zala County. He went to school in Veszprám and Budapest, before joining the growing independence movement in Hungary. As a young man, Dr. Bognár fought in the 1956 Hungarian Revolution against the Soviet Union, which occupied Hungary during the Cold War. When the Revolution was crushed, Dr. Bognár fled into Austria and became a refugee. He landed in Belgium, where he would eventually meet and marry Andree Vandermotte, with whom he had two sons, Steven and John.

He wrote four textbooks and countless articles on health and aging policies. For 15 years, he was an advisor to the Ohio Department of Aging in the area of gerontology education. In 1988, he was given the Gerontology Teacher Award by the Ohio Network of Educational Consultants in the Field of Aging.

In 1999 Dr. Bognár and his second wife, April Bognár, established the Bognár Family Hungarian Scholarship Fund to provide assistance to qualified Hungarian university students living and/or studying in Hungary, Romania, Ukraine, Slovakia, Serbia and the United States. Since its inception, the scholarship fund has awarded more than $700,000 to 255 Hungarian students in the United States and the Carpathian Basin, raised from members of the Hungarian American community; churches; organizations; the Sunshine Lady Foundation, directed by Mrs. Doris Buffett; and more recently, by the Ambassadors of the Future.

In 2015, Dr. Bognár was honored by the Hungarian government with the Knight's Cross of the Order of Merit.

Dr. Bognár is survived by his loving wife April, his first wife Andrée, his sister Teri, his two sons Steven and John Bognár, their respective spouses Julia and Jenniffer, his step-daughter Melissa, his granddaughter Lola, his step-granddaughter Lela, his step great-grandchildren Beau and Dory, and many nieces and nephews in Hungary.

He was fond of repeating the wisdom of his grandmother, who raised him on that rural Hungarian hill. She always told him "What you do for others will give you meaning in your life."

A celebration of Dr. Bela Bognár's life will take place on Friday, Oct. 11, at 5:30 p.m., in the Berry Room at the Nutter Center of Wright State University, 3640 Col. Glenn Hwy in Dayton. Parking is available in Lot 1 of the Nutter Center. The family will receive friends and guests starting at 4:30 p.m. in the Berry Room. In lieu of flowers, Dr. Bognár's family requests donations be made to the Bognár Family Hungarian Scholarship Fund.