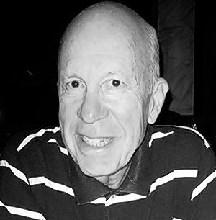 Alan H. Klein, 88, died Oct. 5, 2021. Born, March 26, 1933, in Youngstown, Ohio, he was raised in Springfield, Ohio, by his parents Leah (Goldstein) and David "Dewey" Klein, where he attended Springfield South High School from 1950-1954. He continued his education at The Ohio State University, where he graduated with a B.S. in Biological Sciences in 1954, and a M.D. from The Ohio State University College of Medicine in 1958.

He served his Internship at The Miami Valley Hospital and his residency in internal medicine at the Veterans' Administration, both in Dayton, Ohio, before establishing a private practice of internal medicine from 1962-1999, proudly serving the Dayton community. After retiring from his private practice, he continued to work at the Veterans' Administration from March 2007-2017, as an examiner for veterans' compensation and pension benefits.

He also took pride in serving as a faculty member at the Wright State University Boonshoft School of Medicine from 1975 to present, where he rose to Emeritus Clinical Professor of Medicine and served as a member of the admissions committee until 2009.

Alan was well respected by his peers, resulting in him serving as the president of the Dayton Internal Medicine Society in 1983 and the president of the Montgomery County Medical Society in 1990. He was a delegate from Montgomery County to the Ohio State Medical Association from 1983-2003, and the Second District Counselor from 1998-2001. Alan served on the Good Samaritan Hospital Board of Trustees from 1981-1983 and had hospital privileges at Good Samaritan Hospital, Miami Valley Hospital, St. Elizabeth Hospital, and Kettering Hospital, where he passionately cared for his patients. He was also very active in the Jewish Community, serving in multiple board positions, including president and past president for Temple Israel from 1980-1982 and on the Personnel Committee at Temple Beth Or since 2007.

A long time North Dayton resident and pillar of the community, he is survived by his wife Bonnie (Cramer) Klein, with whom he just celebrated their 64th anniversary, his three children, all raised in Dayton, Beth Klein (Scott) Friedman, Susan Klein (Jay) Shapiro, and Daniel (Stephanie) Klein, and his grandchildren Jason, Jordan, Keri, Heather, Carly, Zachary, and Elijah. Alan will be missed and remembered for his wonderfully dry sense of humor, his contagious laughter, his diagnostic sense, and his honest and calm demeanor.

Private funeral Services will be held at Ferncliff Cemetery in Springfield, Ohio, on Oct. 11. Viewing via Zoom video streaming link and time can be obtained from Temple Beth Or by calling 937-435-3400. Shiva will be held on Tuesday, Oct. 12, 4:30-7:00 p.m. In lieu of flowers, please send donations to Temple Beth Or Congregation, 5275 Marshall Road, Dayton, Ohio 45429.