All academic classes will be held remotely for summer semester and course information indicates whether they have set meet times or no meet times. Physical access to Dayton and Lake campuses is restricted to essential personnel. Read more.
This event has been canceled. 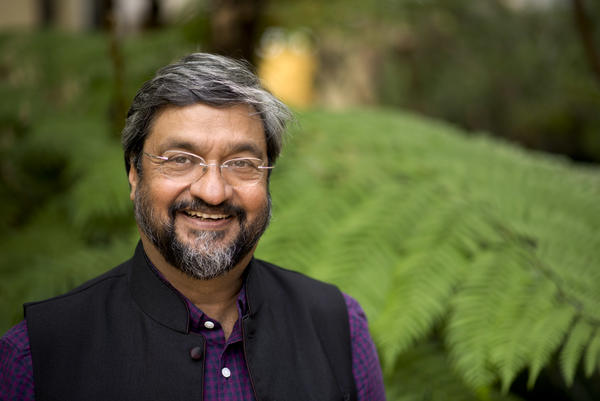 This lecture is part of the Rising Nationalisms, Fading Minorities: Reflections on the Promises of Secularism for India and the World event.  This two-day event will feature a lecture, public conversation, and a visual exhibit on the question of secularism in India and its impact on the world, particularly in the Euro-American public sphere. Featuring distinguished speaker and acknowledged expert on secularism in India Prof. Rajeev Bhargava (Center for the Study of Developing Societies, Delhi) and Wright State University College of Liberal Arts faculty members, the event intends to foreground the recent political developments in India that continue to marginalize its religious minorities. In a world where many countries have difficulties accepting migrants and refugees, this event seeks to highlight the peculiar and critical global moment of crisis that today faces all nations: namely, how to accommodate differences in a world that is increasingly moving toward homogeneity of thought, practices, institutions, and politics. This two-day event also examines resources we could call upon to address our fundamental question of how best to live together. Could ancient political thought from one of our oldest civilizations provide an answer?

Rajeev Bhargava is Professor at CSDS, Delhi and currently, Director of the center's Institute of Indian Thought. He was also the Centre's Director (2007-2014).  He has been a Professor at the Centre for Political Studies, Jawaharlal Nehru University, New Delhi, and between 2001 and 2005 was Head, Department of Political Science, University of Delhi.  He is a Professorial Fellow, ACU, Sydney, and an Honorary Fellow, Balliol College, Oxford.

Bhargava did his BA in economics from the University of Delhi, and MPhil and DPhil from Oxford University. He has been a Fellow at Harvard University, University of Bristol, Institute of Advanced Studies, Jerusalem, Wissenschaftskolleg, Berlin, and the Institute for Human Sciences, Vienna. He has also been Distinguished Resident Scholar, Institute for Religion, Culture and Public Life, Columbia University, and Asia Chair at Sciences Po, Paris. He has been a Berggruen Fellow at CASBS, Stanford, 2015 and Tsinghua University, Beijing, 2016 and the NYU, 2017. Bhargava has held visiting professorships at several universities.

Bhargava’s publications include Individualism in Social Science (1992), What is Political Theory and Why Do We Need It? (2010), and The Promise of India’s Secular Democracy (2010). His edited works are Secularism and Its Critics (1998) and Politics and Ethics of the Indian Constitution (2008). His work on secularism and methodological individualism is internationally acclaimed. He is currently working on religious and philosophical pluralism in ancient Indian Thought.

Bhargava is on the advisory board of several national and international institutions and was a consultant for the UNDP report on cultural liberty.

This event is free and open to the public.  This event is made possible due to the generous support of Wright State University's Office of Latinx, Asian, and Native American Affairs, Collaborative Education, Leadership, and Innovation in the Arts, School of Public and International Affairs, and University's Honors Program.

Rising Nationalism Event Final Poster.pdf
Share to:
Log in to submit a correction for this event (subject to moderation).