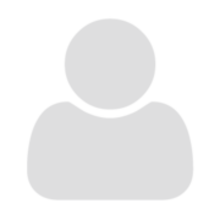 My name is Jan, and my son, M., is in his second year here at Wright State University.  He had a fantastic first year here at Wright State.  There is truly only one reason why his freshman year has been a success.  This reason is due to the Office of Disability Services.  My son has Asperger’s syndrome and ADD, and quite honestly, if it were not for the support of ODS, he would not have made it through his first week, let alone his entire first year!  Specifically, the [RASE ]program which Heather Rando has in place has been fantastic.  I am utterly amazed with M.’s growth this year and words cannot express my gratitude for both Heather Rando, M.’s transition coach), and the entire staff in ODS, who have helped M. make this incredible transition to college life.

We began exploring college options for M. back during his junior year in high school.  At that time, I was not even sure college would be an option for him.  He is intelligent; however, his disability and lack of proper social skills made me be realistic in considering whether college should even be pursued.  We visited a couple other universities with programs for students like M.  To be honest, after those first couple visits, I had pretty much made up my mind that college, at that point, was probably not the place for M.  Then, however, I heard about [the RASE] program at Wright State.  I made an appointment to come in and talk to Heather Rando (who is the director of this special program).  Mrs. Rando was incredible.  I told her a little bit about M., and I could tell right away that she “gets it."  I knew not only did she have an intimate understanding of the challenges students on the spectrum face, but also made it clear that each one is unique, and therefore, there was no “one size fits all” approach on how to work with these students.  She told me a couple stories about some of the students she had worked with in the past, and I just knew that I had found a place for M.  I made a second visit to ODS, this time bringing M. with me.  The way Mrs. Rando interacted with M. just reinforced my belief that M. had the ability (with the support of ODS) to give college a chance.

During the summer after graduating from high school, M. and I made several casual trips to the WSU campus so that he could become familiar with the layout of the campus, where the Office of Disability Services was located, where he could go to eat, etc.  Also, the most important key to his successful transition was his introduction to Evan Mason who would be his “transition coach."  Evan has gotten to know M. so well and has been such a fantastic support and role model for him. I cannot even begin to describe the positive impact Evan has had on M.  M. trusts him completely, and has learned so much about every aspect of college life.  Evan has taught him so much about not only the academic side of things, but (to me) more importantly, Evan has taught him so many life skills.  These are the critical skills needed for living an independent, fulfilling life. The fact that M. has successfully lived on his own, never missed a class, learned how to do his own laundry, navigate the shuttle system so that he could go to Meijer to purchase necessities, etc. is just incredible.

The transition for me (as his mother) was very difficult at first.  In the past, I had always been there to swoop in and help him if he was facing a challenging or difficult time.  Of course, moving him into his dorm was quite terrifying for me.  I didn’t sleep well at all those first few nights after dropping him off!  Just the worry that goes along with that transition for a typical student is hard, but then when you are dealing with a student like M., the anxiety was tenfold! Mrs. Rando talked to me about this beforehand, and told me to please let him go and just see what happens.  I had to give him his space.  She had confidence in the process and she said that he needed that independence so he could start figuring things out on his own.  I did just that…I gave him his space.  I am so thankful that I did, because I was pleasantly surprised with just how well he navigated the process without me!  With the support system (ODS) in place, he flourished in his new found independence.  There were a few “bumps” along the way, but having Evan there to guide him, he has successfully completed his first year of college!  Incredible!

Although I do not know what the future holds for M. (academic wise), the growth in his life skills and his social maturity has been amazing. I am hoping he has the skill and ability to navigate the higher level classes, and we will take it semester by semester. Mrs. Rando, Evan and ODS have given him the foundation for success, and at some point it has to be up to him to determine how far he is willing to push himself to succeed. I owe a HUGE thank you to both Heather Rando and Evan Mason.  I can’t tell you how much it warms my heart to hear the happiness in M.’s voice when I talk to him about how impressive it is that he has accomplished so much this year.  He has never been happier; and as a mother, what more could I ask for?  I truly believe that with the population of students on the spectrum skyrocketing, this program at WSU is top notch and really needs to grow.  You can’t put a price on the benefit it has had on me and my son!