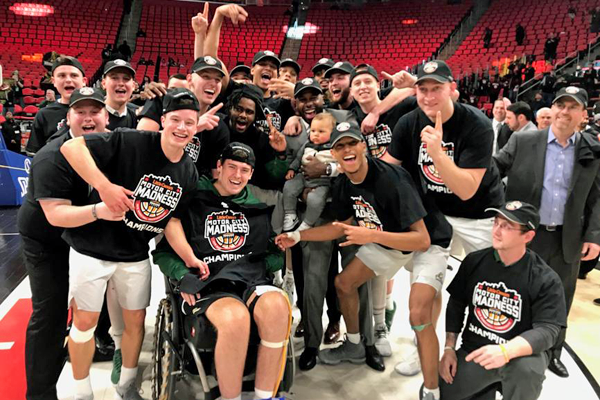 Wright State University (WSU) was granted a waiver by the NCAA to remain in Division I. WSU can operate below the minimum amount of required sports for the next two seasons.

The NCAA requires Division I member institutions to sponsor at least 14 sports. WSU now has 11 after cutting the softball team as well as the men’s and women’s tennis teams in June.

“Made the difficult decision back in June to cut 2 million dollars out of our 10-million-dollar budget, that involved cutting three sports,” said WSU Athletic Director Bob Grant.

The budget being restructured due to coronavirus forced a lot of student-athletes to transfer and find another school. These are unprecedented times, so drastic measures had to be taken.

The difference between Division I and Division II is fairly huge. Division I includes tougher competition at a higher level.

A lot of student-athletes want to be a part of a Division I program and to compete in that atmosphere, so it plays a big role in recruiting.

“If I were a freshman right now it would definitely have way more effect on me, knowing that I chose to play for a D1 school and I worked hard to get there, but now they might go D2 which would have me questioning what I would want to do,” said senior on WSU volleyball team Teddie Sauer.

Now WSU can continue to recruit Division I athletes, making the waiver crucial for the university.