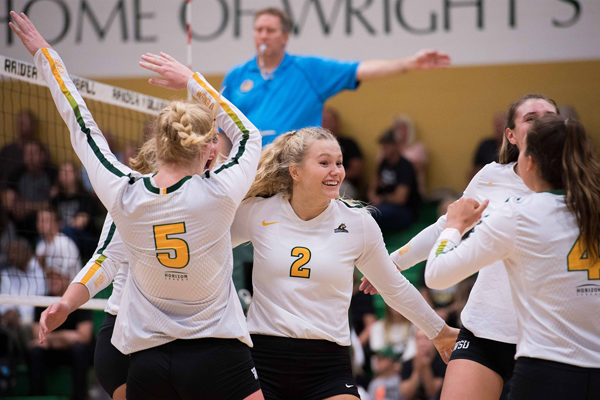 Excerpt from an NCAA news release

The question, at the time, for the Horizon League Council: How should it word an updated statement regarding the league’s remaining competition as it related to the COVID-19 pandemic? Specifically, should “canceled” or “indefinitely suspended” be used?

Stephenson, the student-athlete representative on the Horizon League Council, spoke up before the group voted on the distinction. She said using “indefinitely suspended” could have provided false hope to her peers that their seasons might resume, when the odds were slim that would happen.

“That swung a lot of people’s votes. Coming from a student-athlete, that made some people change their minds,” said Stephenson, also a member of the Horizon League Student-Athlete Advisory Committee. “I think they value my voice and my opinion just as much as if I was another AD. I think that’s really powerful and really awesome, just to know that I do have that much input on such an important decision.”

Stephenson’s experience on the Horizon League Council represents the best type of collaborative decision-making in college athletics, one in which student-athlete voices are not only sought out but also seriously considered.