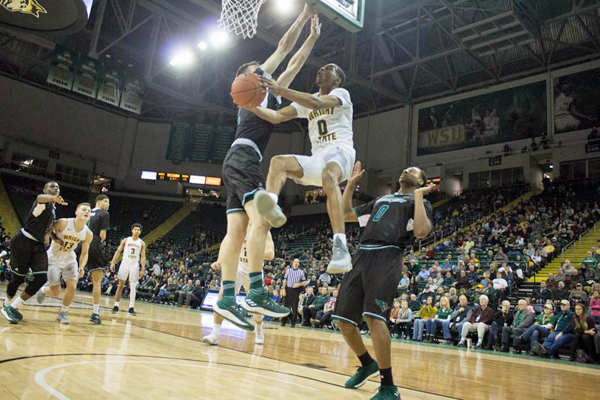 Wright State was picked as the Horizon League men’s basketball preseason favorite for the second year in a row Tuesday.

And though coach Scott Nagy is pleased his program is so highly regarded, he just hopes his players don’t let the expectations weigh them down this time.

The Raiders finished as regular-season co-champs with Northern Kentucky at 13-5 in 2018-19, but they fell to the Norse in the conference tourney finals and never could quite recover from a ragged start.

Coming off an NCAA tourney appearance, they finished 6-7 in non-league games, including 4-7 against Division I foes.

“I think we’re more suited to handle the pressure of it than we were last year — No. 1, because we’re healthier at this point and we’re deeper and even more experienced. Our players are a little more used to people looking at them (as the team to beat) and know they’re going to get their best shot,” Nagy said.

The Raiders open the season at home against Central State at 7 p.m. Tuesday, Nov. 5. They travel to Miami on Saturday, Nov. 9.