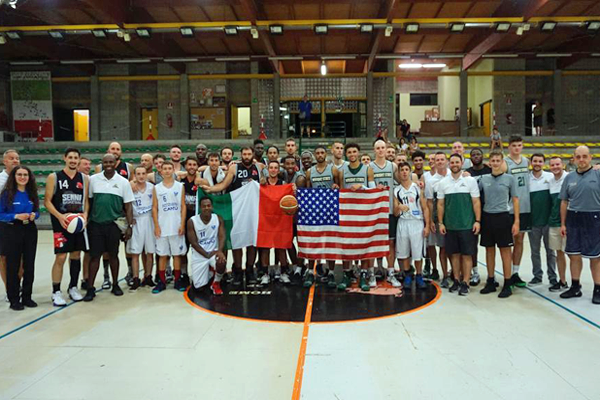 The Wright State Raiders men’s basketball didn’t waste a moment of its 10-day trip to Italy. The players made the most of their time as tourists and as a team on the court in three games.

Wright State toured Milan and visited Lake Como. They moved on to Vicenza, Verona, Pisa and then Florence. They ate authentic pizza, risotto, lobster rice, gelato, lasagna, etc. They finished the trip in Rome. Some players saw the Pope speak at the Vatican. The team visited the Sistine Chapel and saw the famous painted ceiling.

“I have come to the conclusion that the artist Michelangelo is the real GOAT,” wrote sophomore guard Skyelar Potter on Twitter.

The Raiders returned home around 9 p.m. Monday, and coach Scott Nagy mostly had overcome his jet lag by Tuesday morning when he talked about the trip.

“The basketball was just extra,” Nagy said. “It was more about the other stuff. I’d almost have to go back through all the pictures to remind myself of all the places we went. So many of the things you’ve seen pictures of or read about or heard about or seen in a movie, and to be able to stand in those places was pretty neat. So many things over there, something could be 400 years old, and they consider it new. Our entire country is 250 years old, so it’s just a lot different way of thinking over there. The history is incredible.”