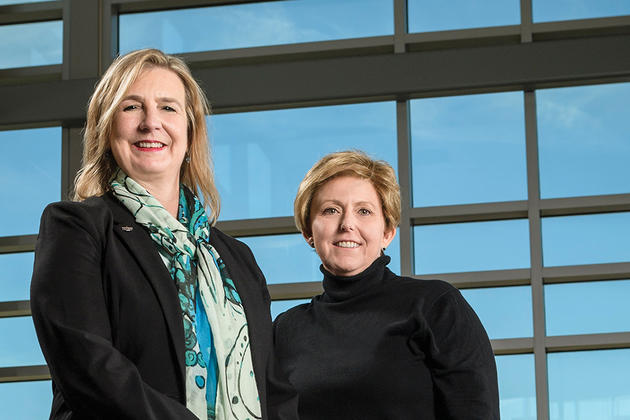 Cheryl Schrader, the president of Wright State University, will retire at the end of the year, according an email she sent out to campus today.

Walt Branson, vice president for finance, is also expected to leave the school, sources told the Dayton Daily News. Provost Sue Edwards, who was hired by Schrader, is expected to serve as interim president, two sources have said.

“It has been an honor serving as President of Wright State University, and my husband, Jeff, and I are proud to call Raider Country our home,”Schrader said in her email. “I am looking forward on an immediate basis to spending more quality time with my family.”

Schrader started her job at Wright State in July 2017. She emerged from a nine-month national search and a pool of 61 candidates to become the seventh president of Wright State and the university’s first woman leader.

Schrader’s departure caps a tenure during which she dealt directly with the university’s financial issues, legal troubles and a 20-day faculty strike.

Schrader’s evaluation following her second year in office was delivered verbally, as is the university’s practice, spokesman Seth Bauguess said via email. She did not receive a bonus or a raise, he said.