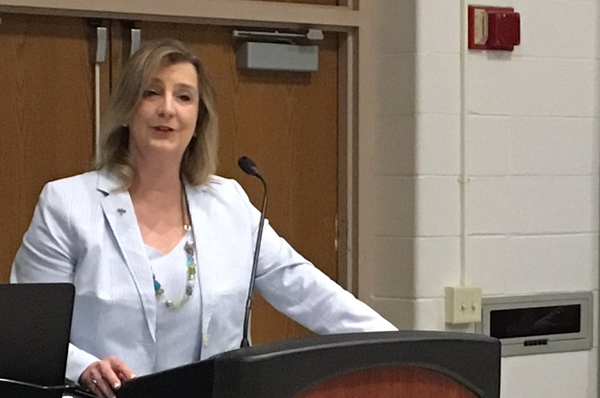 The president of Wright State University is ending her term prematurely.

Cheryl Schrader, who became the school's seventh president in July 2017, will retire her position on Dec. 31, 2019, officials announced Tuesday.

“I am extremely proud of the many things that we’ve accomplished during my service as president of Wright State, and I am grateful for this experience and for the wonderful support I received throughout Raider Country,” Schrader said.

Susan Edwards, currently the university's provost and executive vice president for academic affairs, will assume the role on an interim basis, according to sources.

In addition to Schrader, Walter Branson, the school's vice president for finance and operations and chief business officer, will exit the university, sources said.

Schrader's departure comes after several tumultuous years for the university's finances. Two years ago, Wright State slashed nearly $31 million from its 2018 budget to correct roughly $38 million in overspending, causing 57 layoffs and widespread organizational changes for the school. At the time, some trustees advocated for even larger spending reductions.

In August 2017, the university hired a budget architect to help remediate its financial troubles. Though budget-cutting measured helped Wright State recoup some of its net revenue losses, which peaked at $91.2 million in 2017 after a five-year budget shortfall, it did not help the school rebuild its annual revenue stream, which fell by roughly $30 million between 2017 and 2019.

The news of Schrader's exit follows several consecutive years of enrollment decline at Wright State, according to DBJ research. The university's total enrollment fell by more than 2,500 students between 2015 and 2018 — nearly a 14 percent drop.