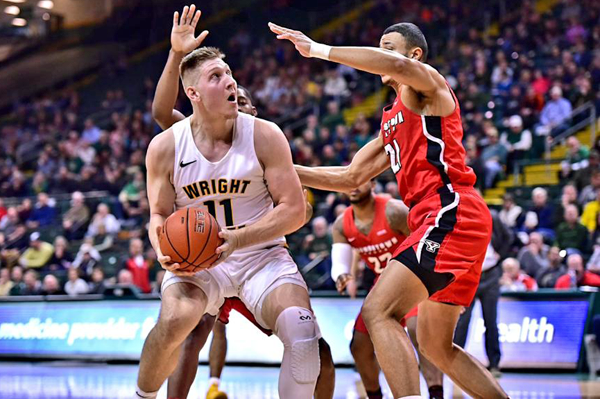 Wright State coach Scott Nagy doesn’t know the level of competition his team will face in the three basketball games it plays during the Raiders’ 10-day trip to Italy, which begins Friday.

But he and his players do know they’ll be facing one famed big man who easily dwarfs their own powerful presence, 6-foot-9 Loudon Love.

The guy who’ll tower over them in Florence stands 17-feet high, is made of marble and is over 500 years old.

David, the Renaissance masterpiece sculpted by Italian artist Michelangelo, now stands quite magnificently in the Galleria dell’Accademia, a place the Raiders will visit.

They’ll also tour the Colosseum and the Vatican in Rome, see the Leaning Tower of Pisa, traverse the waterways of Venice on gondolas, visit Lake Como and a few other sights.

But they won’t be just another band of gawking tourists, they’ll be student athletes with the emphasis — regardless of the three games they play — on the former.

Nine of the 16 players on the trip — all of them underclassmen who use it as an elective — will be taking a one credit, mini study abroad course touching on Italian history, art, architecture and culture that will be taught by veteran WSU professor Susan Carrafiello.