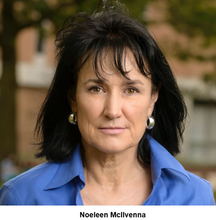 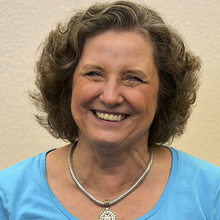 It’s hard to interpret the news about Wright State’s current situation— enrollments, finances, faculty, and the impact they will have on future prospects and decisions. In the last five years, we have had three presidents and one short-term interim, Curtis McCray, whose main job was to cut some of the deadwood out of the budget before the more “permanent” president, Cheryl Schrader, showed up on campus to replace long-term Provost and President David Hopkins. Dr. Schrader resigned just two and one-half years later, and her provost, Sue Edwards, stepped into the president’s job. These five years have not been good ones for Wright State. Surpluses disappeared, the faculty went on strike, enrollments plummeted. As a result of all these changes, the current administration has announced a dramatic reorganization of the academic structure and the intent to retrench the faculty by as many as 113 positions.

Dr. No, as she is widely known, grew up in Ireland but came to the United States for graduate training in American history, earning her Ph.D. at Duke in 2004. She has published three books on the colonial south: the latest is Early American Rebels: Pursuing Democracy from Maryland to Carolina. She won COLA’s Outstanding Teacher award in 2017-2018 and was named an outstanding faculty member by the History Department three times. Recognized as a scholar, beloved as a teacher, she took on the job of president of AAUP in 2019, after having served as contract administrator and chair of the Strike Committee. Her term is coming at perhaps the most contentious period in Wright State history. McIlvenna walks a fine line between advocating for the faculty and students and criticizing the actions of the Board of Trustees and university administrators. She is careful to focus on principles over personalities, but her passion for her view of justice for faculty and students burns brightly.

At first it seemed reorganization would come before retrenchment. Charts appeared showing COLA going from eleven departments to four, a new health college, and the recombination of science and engineering. As people were trying to imagine the new “humanities” division, why education was placed where it was, and other proposals, the reorganization was put on hold and the conversation moved on to retrenchment. First, we would retrench and then we would see who was left and decide how to reorganize them.

The specifics of the retrenchment plan for faculty came from interim Provost Douglas Learnan, before he resigned to take a new job as dean of the College of Sciences at Auburn University at Montgomery. Liberal Arts is slated for the biggest hit, 49 positions, about a third of the college’s faculty. Science and Math is scheduled for 26, Business 14, Education and Human Services 12, and Engineering and Computer Science 12. Nursing and the Lake Campus are exempted from any cuts in faculty. Leaman based his recommendation on overall student enrollment, which had declined for several years. He projected increased growth in Nursing and in Engineering and Computer Science enrollments, thus accounting for the differential pain inflicted.

It will be up to the deans to decide how to achieve the cuts in their respective units. Of course, they are limited by the terms of the Collective Bargaining Agreement, which specifies that seniority must be honored—non-tenure eligible faculty go before tenure track, and assistant professors go before their more senior colleagues. McIlvenna is convinced that the real target of deep faculty retrenchment was originally full professors, the most expensive and the least productive from the trustees’ business point of view. The ultimate goal of many around the country, she says, is to get rid of tenure all together and make all university employees “at will.”

McIlvenna called the projected faculty cuts “horrendous and unnecessary.” Presumably they are based on budget issues and projected enrollments. She points out that the administration does not present a consistent budget picture. First, there is hand wringing over large budget deficits—maybe $30 million, then a few months later we somehow have perhaps a $20 million surplus. She notes that over the last five years, Wright State has lost part of its market share of available recruitable students. These are students who might have chosen Wright State in the past but who instead attend another similar Ohio school. This, she argues, is a predictable outcome of all of the bad publicity resulting from the scandals, the strike, and now these faculty reductions. It is all bad for the brand of “Wright State.”

Given that retrenchment alone won’t produce the desired result of pruning the old wood, i.e., full professors, and that firing over 100 faculty might be incredibly damaging to the Wright State brand, the university has announced a new tack: an incentive driven voluntary buy out beginning March 19, 2021, with a 45-day window. This honey over vinegar approach may lure some of those full professors who may be close enough to retirement to take the money along with the gratitude of some of their younger colleagues, who might therefore be able to keep their jobs.

Once the number of faculty who accept the early retirement offer is known, then the actual layoff notification process will begin. That process will conclude by the end of June 2021, and those identified will have a grace period of up to 18 months to find other employment. Faculty who agree to early retirement will have until summer of 2022 to leave. The AAUP is arguing that an even longer time frame, say summer of 2023, would encourage more faculty to accept the buyout and further reduce the number of layoffs.

Unfortunately, even such draconian policies will not solve all of Wright State’s problems. Further staff cuts are likely, especially once the reorganization and consolidation processes are complete. Fewer staff will be necessary to support fewer students and fewer faculty in fewer departments. That all of this is happening in the context of the worst public health crisis in a century make predictions seem especially unreliable. Will Wright State remain a diminished institution or can a spirit of cooperation be reclaimed?

Dr. No at one point spoke fondly of the old days when AAUP Chief Negotiator Rudy Fichtenbaum sat down with the late Bill Rickert, who represented the administration, and hammered out a contract. After this mostly amiable process was completed, Bill and Susan Rickert often invited the AAUP negotiating committee and their spouses to their lovely home in Bellbrook for dinner and a convivial evening amongst colleagues and friends. It could be so again.