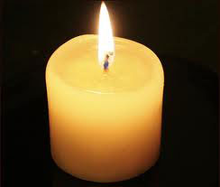 Raymond L. Must, 93, a prolific and highly respected artist in the Dayton arts community, died peacefully on July 22, 2022. For more than three decades, Ray taught printmaking and drawing in the Department of Art and Art History at Wright State University, inspiring generations of young artists. Ray was a co-founder of the Dayton Printmakers Cooperative and a longtime board member of the Dayton Visual Arts Center (now The Contemporary Dayton), where he established the annual art auction. He was an integral and active member of the Miami Valley arts scene, leading printmaking workshops and teaching drawing after his retirement as professor emeritus at Wright State. Ray received a LifeTime Achievement Award from the Montgomery County Arts and Cultural District.

Ray was married to his beloved Eleanor—muse, supporter and intellectual partner—for over 68 years. He was the adored father of Rachel (Joel), Miriam (Gary) and David (Meredith), and grandfather of Sam, Jae, Gabriella and Griffin.

Primarily a printmaker, Ray constantly experimented and developed different printmaking techniques. He also worked in many media, including film, watercolor, and, in his later life, painting large unstretched canvases, filled with gesture, color and texture - always in service of his searching vision. Ray said, "It seems amazing to me the way meanings become compressed and embodied in a work of art." He was never without a sketchbook, filling hundreds of them over his lifetime. He felt compelled to work on his art at every opportunity. "If I don't draw every day, I feel like I have done something wrong."

Graveside services were held on Tuesday, July, 26, 2022, at Riverview Cemetery with Rabbi Karen Bodney-Halasz officiating. If desired, memorial contributions may be made to the ACLU or the Wright State University Foundation for the Ray and Eleanor Must Printmaking Fund in Raymond's memory. Funeral arrangements Marker & Heller Funeral Homes.