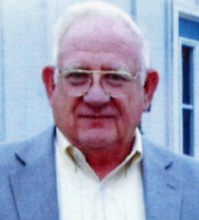 Rand Boyd Evans, 78, of Livermore Falls, Maine, originally from Baytown, Texas, passed away Friday, Jan. 8, 2021, at his residence with his loving wife of 57 years by his side.

He was the dean of liberal arts at Baltimore University in Baltimore, Md., from 1987 to 1990. Finally, he was chair of the psychology department at East Carolina University in Greenville, N.C., from 1990 until his retirement in 2005.

As an expert on the subject of the history of psychology and related antique scientific instrumentation, he was called on during his tenure at ECU to spend a year at Harvard University as a consultant on Harvard’s collection of psychology-related historical scientific instruments, to teach a course on the Psychology of Television Advertising at the University of Kiel in Kiel, Germany, and assisted periodically as a researcher and consultant on the History of Psychology for the Max Planck Institute for the History of Science in Berlin, Germany.

He married his high school sweetheart, Mary Kubica, on June 22, 1963, in Baytown, and together they raised three children. He enjoyed traveling with his family, especially through Europe, collecting antique furniture, researching family genealogy and historic preservation. While living in Somersworth, N.H., he was an original member of and instrumental in the establishment of the Somersworth Historical Society. As a resident of Bryan, Texas, he became active in Citizens for Historic Preservation, and as president of CHP, spearheaded the drive for the successful establishment of the East Side Historic District.

He is survived by his wife, Mary Evans of Livermore Falls; his son, Karl Evans of Carolina Beach, N.C.., daughters, Victoria Evans of Arlington, Va., and Veronica Evans of Raleigh, N.C.; and his beloved rescue cat, Queenie.