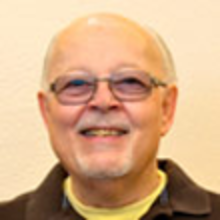 Excerpt from the fall 2021 issue of The Extension

Over the past few months I have become close friends with Vincent van Gogh, the Dutch painter who lived from 1853 to 1890. During my undergraduate and graduate art history courses, I came to know him and his work, but lately I know him in a new, more intensive way. It has not been an easy journey, because Vincent is complicated, but it has been so interesting that I plan to continue this exploration.

With the current focus on van Gogh and the traveling visual presentation/show that is visiting many cities, the general population will have a chance to experience this phenomenal artist in a new way, and similar to the way that Vincent observed (and related to) people, nature, color, and other things in his surroundings. He saw swirling forms in the sky and in cypress trees. His visions of color were new and spectacular. His self portraits were a testament to a man who was not afraid to present himself in different stages of living.

Van Gogh’s short life (just 37 years) was plagued by repeated bouts of severe depression. He took up painting at 27 after failing at other professions and sold only one painting during his life. His depression often interfered with his painting.

Vincent was close to his younger brother Theo all of his life, but had difficulty establishing and keeping personal relationships with his father, mother, neighbors, and other artists. Many of Vincent’s paintings are part of the popular culture, especially “The Starry Night.” Theo promoted his work in Paris during the Impressionist movement. Ultimately, Vincent’s experimental nature drove him from impressionism, through post-impressionism and, according to some scholars, into early abstract modernism, a development that was cut short by his untimely death.

I plan to lead a workshop that will provide additional information on Vincent’s life, his relationship with his pastor father, and his fellowship with Paul Gauguin and other artists. I will highlight museums that have van Gogh paintings (some are nearby), as well as prices that have been paid for his work. The workshop will be scheduled as soon as it seems safe to meet without masks. Stay tuned for details.