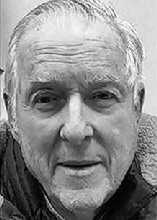 Marc was born Sept. 25, 1935, in Ada, Okla., to Mayme and Edmon Low. He was raised in Stillwater, Okla., where his father was the head librarian at Oklahoma State University. Marc earned his undergraduate and graduate degrees while living at home.

Marc earned a Ph.D. in Mathematics from the University of Illinois. His research was in the area of number theory. Marc began his career as a mathematics professor at Wright State University in 1964. His first wife, Leone Yarborough Low, joined him in the math department teaching statistics. Marc loved teaching, but eventually administration became his passion. Marc served as dean of the College of Mathematics and Science from 1991 to 1996, when he retired from Wright State. Science education and environmental science programs were two projects that Marc initiated and was proud to be a part of. It was often said that Marc Low "knew everything" and "knew where the bodies were buried." The truth is, Marc's service as dean was marked by wisdom, fiscal responsibility, and fairness. He was deeply revered.

Marc Low was a champion duplicate bridge player. He became a Life Master in the American Contract Bridge League during graduate school. Marc earned the title of Grand Life Master after winning local and national bridge tournaments for more than five decades. He was a member of a bridge team that competed in China's 1986 international friendship tournament. The popular Swiss Teams tournament was invented by Marc.

Throughout his life, Marc loved exploring the world. He took his family to see the western states multiple times. In retirement, Marc developed a passion for taking cruises; he enjoyed more than 50. His favorite cruise was to Antarctica.

Marc was a generous, fun-loving, and kind individual. He delighted in his family and friends; they adored him in return.

A graveside funeral was held August 21, with Rabbi Judy Chessin officiating. Donations in Marc's honor can be made to Temple Beth Or.