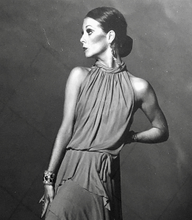 She was a graduate of Oakwood High School, attended Butler University, and was trained in dance initially by Josephine and Hermene Schwarz.

She was an associate professor of dance at Wright State University from 1982 to 2001. Prior to 1982, she was a professional dancer, singer, and actress living in New York City for 13 years; performing in several shows, both on and off-Broadway—with many touring companies, night clubs and various productions. She was a member of the Actors Equality Association and The American Federation of television and radio artists. She performed with many artists including Katherine Hepburn, Liza Minnelli, Ginger Rogers, and Mikahil Baryshnikov. She was a dancer to world renowned choreographers Michael Bennett, Tommy Tune, Donald Saddler, and Ron Field - to name a few.

She began her teaching and choreographic career at The High School of the Performing Arts, in Manhattan. She choreographed for Wright State University's dance concerts and musicals, and previously for The Dayton Ballet. She was presented the Virginia Sebastian Choreographic Award in 1989.