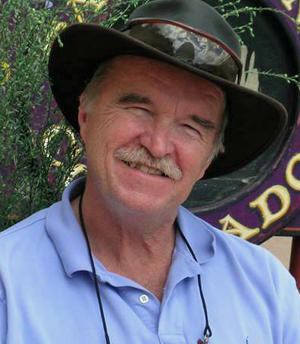 James Walker, 77, of Tucson, Ariz., died peacefully at home on March 17, 2019, surrounded by his loving family. Jim was born on March 11, 1942, in Chicago, Ill., to parents James Walker and Lucille (Tamborine). He attended Santa Clara University as an undergraduate and received a Ph.D. in Political Science from the University of California at Berkeley. He married Patricia O'Malley on Oct. 30, 1965, while at Berkeley.

Jim was a veteran, serving as a captain in the Army stationed at the Pentagon during the Vietnam War. After his military service, Jim began a long and distinguished career as professor of political science at Wright State University. He published books and many articles and was considered an expert in constitutional law. He loved teaching and touched the lives of many students in his 33 years at Wright State.

After retiring, he and his wife Pat moved to Tucson to be close to many golf courses and his grandchildren. His family, friends and colleagues will remember Jim for his tremendous warmth and generous nature, his sharp wit and sense of humor, and his wisdom and intelligence. He adored his family and his many friends. He was a wonderful cook, loved golf and tennis, the Sunday morning news shows, and travelling with his wife and with friends.

He is survived by his wife of 53 years, Patricia, his children Kathy (Robert) Bodenhemier and Chris (Ching Mei Kuo), grandchildren Lucy, Sam, and Daniel, sisters Marguerite and Susan, and many nieces and nephews.

A Remembrance Gathering in celebration of Jim’s life will take place in the first-floor Atrium of the College of Liberal Arts in Millett Hall at Wright State, from 4-5 p.m., Tuesday, May 7. In lieu of flowers, donations may be made to the National Wildlife Federation or the Southern Poverty Law Center.