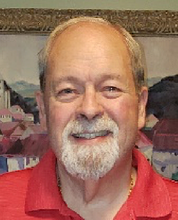 James Edwin Jacob, IV, Ph.D., left us early in the morning Thursday, Sept. 16, 2021, after a month-long battle with pneumonia. He was preceded in death by his beloved parents Patsy and James (Jim), brother Mark, best friend David Luke, and a host of loving grandparents and great-grandparents he was fortunate to know and love and be loved by in return. And, then, there are all the dogs.

Jim received his bachelor’s degree in 1971 from UC Berkeley, and was a member of Phi Beta Kappa. He earned his M.A., then Ph.D. in International Relations/Political Science from Cornell University in 1979. He began teaching as an assistant professor in the Political Science Department at Wright State University, Dayton, Ohio, immediately upon receiving his doctorate. During his time there, he became a full professor and served two terms as department chair. In 1995, he was appointed Dean of the College of Behavioral and Social Sciences at CSU, Chico, in Chico, California. Eventually, he returned to just one of his great loves, an enduring love, teaching political science.

Throughout much of his career he also was a consultant to the U.S. Department of Defense, beginning with lecturing on cross-cultural communications and terrorism, but then soon on terrorism alone, briefing civilians and military personnel who had been assigned to posts in foreign countries which were politically unstable or using terrorist tactics on enemies. He lectured not only in the U.S. but in Asia and Europe. While in Dayton, he frequently was called upon by WHIO TV to explain on camera various political events in the news. His seminal book, “Hills of Conflict: Basque Nationalism in France,” was published in 1994. It was a summary of his life’s research and work to date. This book, plus another of Jim’s publications, were pulled from the Library’s shelves for him and his wife to see while on a special tour of the Library arranged by one of the Library’s administrators. She is the wife of a beloved student from years ago, still in touch with Jim for decades. Now all are dear friends.

He was passionate about teaching, reading, continuous learning, collecting, travel, good food, and the pursuit of the next adventure. To his students, he unstintingly offered his time and energy. For his family, it was the same plus more. He was happy to have an on-going conversation about the joys and challenges of being a college educator with one of his children who became a college teacher, but he celebrated the careers the rest had chosen, and those of their spouses, at which they all excelled. He was so proud of every single one. He was brilliant, funny, and an eternal optimist. Jim changed lives, many lives. All family members benefited from his enduring interest in them, from his humor, his kindness, his unimaginable capacity for forgiveness, and tremendous generosity. One of his philosophies: “Birthdays aren’t a day! They are a season!”

We all must weigh our legacies. Jim leaves behind one to be proud of. He leaves a void that cannot be filled in the souls of those who love him most.  “Love” is the right word because love does not die; there is no past tense.

He is survived by children/stepchildren Lisa, Lindsey, Amanda (Steve) and Christopher (Amy); grandchildren Jackson, Ava, Alexander, Audrey, and Sloane; brother Andrew (Rita) and sister Susan (Mark); nephews Davis, Chase, and Jacob (Fiona), James, and nieces Alexa and Jacqueline. He also leaves behind his wife, Kathy, to whom he was married for 31 years. Jim will be remembered locally, on both coasts, in the South, and within his second dear, dear family in the Basque Country of France, and many friends there.

A simple memorial gathering is planned for Jim under autumn-leafed trees whose colors he so appreciated every year. It will be held on Sunday, Oct. 24, from 2– 4 p.m. at the Englewood MetroPark, 100 E. National Rd., Englewood, OH, 45322, at the Lawwill/West Park shelter.