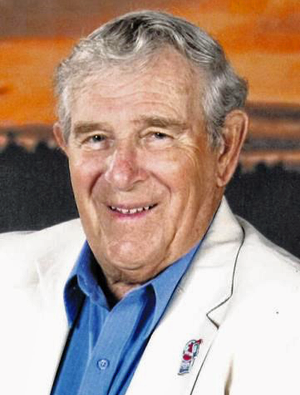 Jim served in the United States Army from 1956 to 1957 where he served in full active duty in Colorado and Germany. He then served in the Army Reserves for many years. He was a graduate of Marietta College where he received his Bachelor of Science degree and then received his Master of Science degree in Environmental Health Engineering from the University of Cincinnati. Jim was a professor of Environmental Science at Wright State University, developing the program for WSU. He worked for the State of Ohio in Public Health and helped develop and expand the program that established the appointment for health commissioners for each county in the State of Ohio. He served as the Preble County Health Commissioner for many years, retiring in 1995.

Jim was always very active in his community. He was a member and served in the Camden Lions Club, the Camden Chamber of Commerce, the Eaton Rotary Club and served on the National Environmental Health Association as well as other organizations pertaining to Environmental-Public Health. Jim was the founder of the MRDD and served many years of the board of directors.

An avid golfer, he was a founding member of the Camden Day Golf outing and played in the 50th anniversary tournament. Jim was a member of the Liberty Country Club for 40 years. In addition to golf, Jim loved to hunt and fish but his greatest joy came from spending time with his beloved family and friends. He was married for 43 years to the love of his life, Alice Jean Bailey Lucas, and had 20 good years with June Palmer Lucas living in Florida.

The family would like to thank Dr. James Thomson, a life-long friend to Jim, and his staff and to the wonderful and caring staff at Woodland Country Manor who took such good care of our Dad and Granddad.