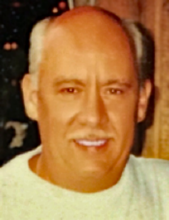 Douglas R. Durko, 76, beloved husband, father, grandfather and friend, passed away July 28, 2020. Doug was born in Dayton, Ohio on Feb. 6, 1944. He was a lifelong resident of the Dayton area, growing up in various Dayton city neighborhoods, eventually settling down with his loving wife and daughters in both Bellbrook and Washington Township, Ohio. Doug was preceded in death by his parents, Rhea and Bob Durko; his mother-in-law and father in-law, Millie and Bob Hart;  childhood and lifelong friend, Phil “Turk” Durkee; his dear dogs, Sam, Rosco, Nicki, Sam II, Rocky, Daisy, and Jake; as well as other special friends and relatives.

Doug was a great husband to his wife, Susie, of 56 years. They were best friends who shared a love of music, theatre, University of Dayton basketball (GO FLYERS!), and just being together. He always called her the “wind beneath his wings.” He was a great father to his daughters, Lisa and Amy, whom he guided through life with his advice and humor, truly teaching them to be the strong and smart women that they are today. He loved his grandchildren with all his heart especially playing golf with his grandson, Alec and sharing his fishing wisdom with his grandson, Matthew. He had several step-grandchildren that he loved every bit as if they were his own and enjoyed watching them grow up, telling them silly jokes, and giving them advice about anything and everything. He instilled his wonderful sense of humor and love of music to his entire family.

Doug never met a stranger, talking to everyone that would listen and even sometimes, those who wouldn’t. He read the newspaper every day and was the #1 fan of the Weather Channel, even believing that he was an actual weatherman. He was an avid reader of books and newspapers. He checked the Dayton Daily News obituaries each day, mainly to check that his name was not listed and then going about his day once he didn’t find it. But sadly today, Doug, your name is here and we hope you are going about your day reuniting with your family and friends in heaven.

Doug’s Catholic faith was very important to him. He attended Holy Name, Corpus Christi, and was a proud graduate of Chaminade High School Class of ‘62. He received his Bachelor of Arts in Political Science and his Masters of Public Administration from the University of Dayton. He and Susie were married at Precious Blood church in 1964. Later in life, Doug and Susie considered themselves traveling Catholics, attending mass at many Catholic churches in Dayton and Florida, where they were snowbirds.

Doug was employed by Wright State University School of Medicine as Associate Dean of Hospital Affairs. His love of finance and helping people prepare for retirement prompted him to change careers later in life and work as a financial advisor for VALIC. Their retirement years were spent between Dayton, Ohio, and Bonita Springs, Florida.

In memory of Doug, donations can be made to SICSA Pet Adoption Pet Adoption And Wellness Center in Dayton, Ohio or the Humane Society of Greater Dayton. Doug had a love for animals and both of these organizations are no-kill animal shelters that love and support animals in need of medical care and of loving homes.