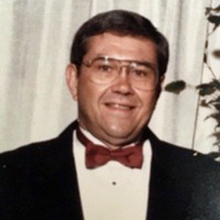 Donald Charles Thomas, 86, of Hilliard, Ohio, passed away on Tuesday, Feb. 1, 2022.  He was the loving husband of Barbara Joan (nee Kindt) for 64 years, eldest brother of Howard and Robert, dear brother-in-law of Jeanne (Tom), Tom (Marie), and Judy (Ed), proud father of Mark, Matthew (Lissa), and Michael (Tera), and beloved grandfather of Katherine, Owen, Annika, and Mikayla. He was preceded in death by his parents, Howard G. and Elsie M.

Don graduated from Elder High School in Cincinnati, and earned his B.S. from Xavier University, M.S. from University of Cincinnati, and Ph.D. in Microbiology from St. Louis University.  Don will be remembered as a committed teacher and researcher as well as a dedicated scientist, focusing on virology. Don was dean of Graduate Studies and a emeritus professor of pathology and microbiology at Wright State University.  He will be missed for his witty sense of humor in any situation and his ability to bring out the best in people close to him.

Don was an active volunteer with Hospice of Dayton and St. Leonard’s Retirement Community. He served as a founding leader of the Manistee Lake Association and worked with the Au Sable Institute on the use of biologics to preserve the lake environment. He took great joy in being with his family and grandchildren. His favorite activity was what his family lovingly referred to as “puttering around” at his lake house in Michigan. At any time, Don would work on multiple small projects, maintaining a space he enjoyed.

Don’s family will receive relatives and friends on Friday, Feb. 11, 3–5 p.m., at Maeder-Quint-Tiberi Funeral Home, 1068 S. High St., Columbus.  His family requests masks be worn. The Mass of Christian Burial will be celebrated at 10 a.m. on Saturday, Feb. 12, where friends are asked to meet at St. Margaret of Cortona, 2600 N. Hague Ave., Columbus. A private burial will follow in St. Joseph’s Cemetery in Cincinnati at a later date. In lieu of flowers, contributions can be made in Don’s name to the Hospice of Dayton or St. Jude Children’s Research Hospital.